Civic Gathering #6: "Connecting Anew for a Caring and Inclusive Community" welcomes all who live, work, and worship in Winchester to come together on Wednesday, October 17, at the Jenks Center, 109 Skillings Road, from 7 to 9 p.m. The event will feature Outgoing Town Manager Richard Howard, incoming Town Manager Lisa Wong, Phillip Beltz, Director of the Council on Aging, and Judith Evans, Superintendent of Schools, together with many others.

What is the best way for me to get up to date information on COVID-19?

If you have access to a computer or smartphone with internet here are some helpful resources:

Winchester residents Peter Engeldrum and Joyce Westner have produced a short film about Town Meeting—what it is and how it functions—as part of a series of educational videos about Winchester. Watch it at this link.

The Town website also hosts a fine collection of information about Town Meeting. 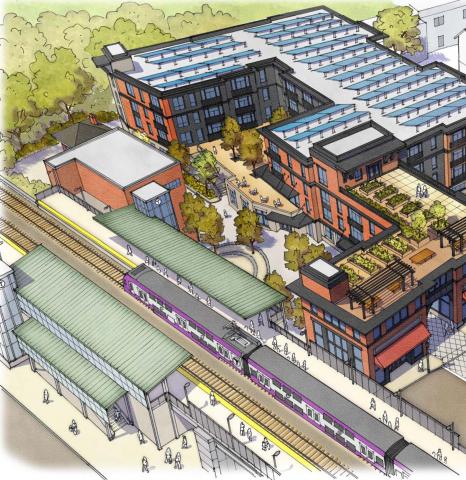 On Tuesday, June 22, Winchester will hold a special election to determine whether to go ahead with a development proposal for the Waterfield parking lot, located off Waterfield Road between the commuter rail station and Church Street (behind the block of stores that includes Anderson Group Realty, D'Agostino's, La Patisserie, and A Tavola). The proposal is the culmination of a decade-long process and was approved by a wide margin (118–46) by Town Meeting, but opponents are invoking a state law that permits holding a referendum to override a vote by Town Meeting. The election will be held at one location only: Winchester High School.

The ballot question reads: “Shall the Town of Winchester vote to authorize the Select Board to enter into a land development agreement with Winchester Waterfield MM LLC, or another subsidiary or affiliate of Civico Development, LLC, in substantially the form approved by the Select Board on April 16, 2021, as posted on the Town’s website at https://www.winchester.us/DocumentCenter/View/6139/LDA-WInchester-Waterfield-MM-LLC and on file with the Town Manager’s office, and to enter into a lease in accordance with such agreement?”

There is very little time for voters to become informed about this question, which is likely to have a significant effect on the town. The project is a four-story development that includes 60 apartments, two-thirds leased below market rate, as well as shops, a courtyard and a small amphitheater. It adds residents to the downtown business district and adjacent to the commuter rail, but retains parking both for the public and for the new residents. Opponents seem to mostly object to the financial arrangements, which involve a long-term (99-year) lease rather than a sale, and with the amount paid by the developer to the town. According to the development agreement, the lease payments are a lump-sum payment of $1 million (of which the town ultimately keeps half) plus 10% of net operating revenue each year. The Civico proposal estimates net operating revenue (mostly from apartment rentals) to be $1–1.5 million per year.

There was an informational meeting on Zoom on Monday, June 14 from 6–7 p.m., now available online on YouTube.

To learn more about the case for and against the project, there are websites by

There are also informative recent news articles in the Daily Times-Chronicle and the Winchester Star.

Winchester will have a Town Election on Tuesday, March 30. On the ballot are the positions of

In addition, voters will decide on a Ballot Question:

Information on how, where and when to vote (including mail and absentee ballots) can be found on the Town of Winchester website.

Information about candidates can be found on the League of Women Voters Winchester Town Election 2021 Voter Guide.